As a Leader You Should Be Willing To Take Responsibilities

Who would forget the ever-famous line of Spideman’s (Peter Parker) grandfather, “With great power comes great responsibility.” The society expects Spiderman, a comic book, TV, and movie superhero, to be responsible for saving his town, or even the world, in some instances, from evil because he has super powers.

From all the episodes he appeared in, he never let us down. With the power he possesses, he makes sure to be responsible in using it for the good of the people around him.

Leadership is not at all different from being superheroes. Yes, you may not have super powers like Superman and Spiderman, but you have the authority to lead other people towards success. This is so much greater and stronger since it is a power that can be used by real people in this real world.

Hence, being a leader requires great sense of responsibility, the second quality a successful leader should attain.

The power to lead your people towards aiming your vision comes with responsibilities like making sure they are on the right direction, being aware of each and everyone’s tasks and mistakes, and putting them back on the right track when they get lost.

Who said it is easy to be a leader? Well, it is not…It comes with tons of responsibilities. True leaders are willing to accept them all.

There are instances where sometimes it makes us feel better to blame somebody or something else when something goes wrong in a task. However, this should not be practiced, especially by a good leader!

A leader should take full responsibility of a task – not just before he accepts to take it, but also after it has been accomplished. As much as he is responsible for his team’s success, he should also be responsible for any failure. He represents the whole team so whatever happens to it, he is the one responsible.

Making excuses and blaming something or someone else for failed jobs is not a quality of a good leader. What he should do, instead, is to accept the fact that something went wrong with the organization, even if it is not his fault. It is normal to make mistakes. In fact, mistakes are opportunities to learn something better. As a leader, he must ensure that the team members learn from these mistakes and that these errors will not be repeated next time. 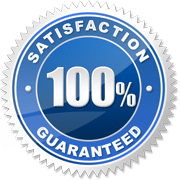